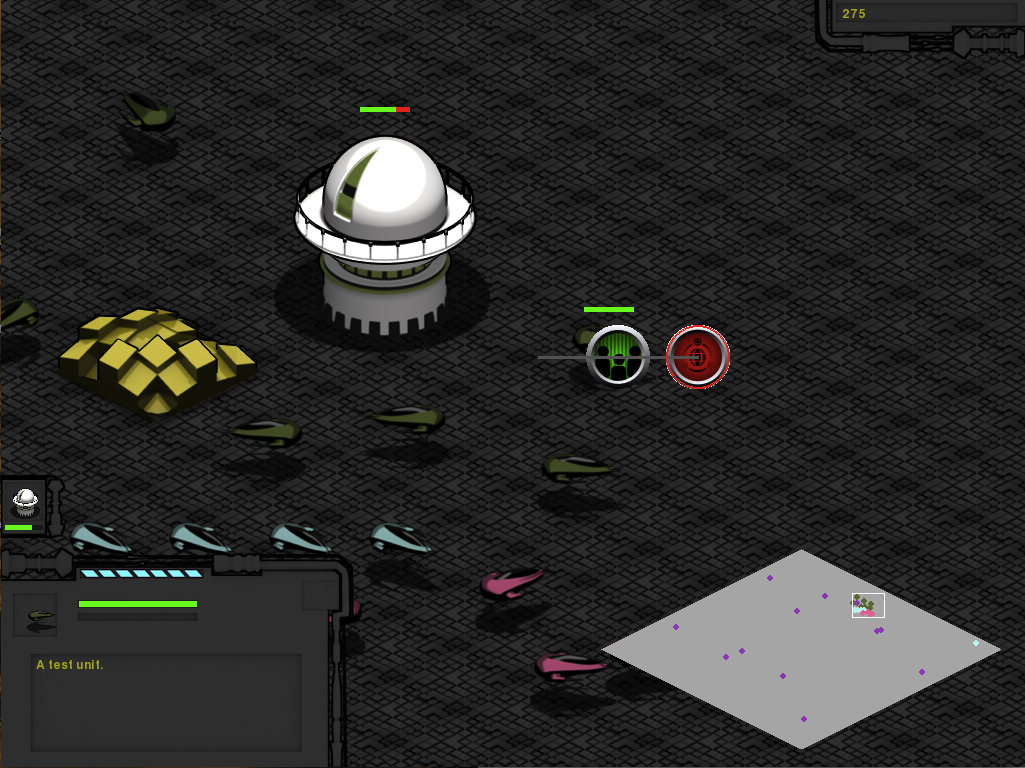 In 2011, I took an introductory software design class at Olin, where I first learned Python and how to collaborate on non-trivial programming projects.

My team’s final project was Complete Galactic Dominion (CGD), an (over)ambitious real-time strategy game played on a toroidal map (the playing area doesn’t have defined boundaries but wraps around like old arcade games like Pac-Man).

By the time the class ended, CGD had one working resource, building, and unit type and theoretical support for an arbitrary number of networked players playing on different operating systems.

The code is on Github.