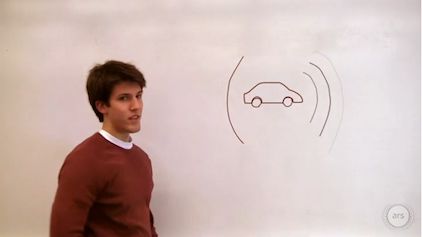 Learning science from a textbook is usually pretty boring. In 2010, Ars Technica hosted a competition to solicit science explanations that high school students would actually enjoy.

During my first year at Olin College of Engineering, I created and led a small team to make The Doppler Effect, a fun educational video that explains why the sounds cars make on a highway change pitch as they pass by. We became the winners of the Ars Science Video Contest, Physical Sciences Division.

Since then, it’s been used in several high school classes.